We are current and former local and state government human resources and training professionals.

All MAPS Group principles and associates have a minimum of 10 years of experience working in a human resource management or training position in North Carolina State and local government agencies. Most have over 20 years of HR experience. For more information regarding each staff member, see below.

Becky has worked full-time with The MAPS Group since 1989, serving as President since 1995. Prior to working with MAPS she served as Human Resources Director for the Town of Cary and Durham County, and worked as an HR generalist in the Town of Chapel Hill and in training and employee relations for the City of Greensboro. She has a BA and MPA from UNC Chapel Hill and extensive training in facilitation, team building, instrumentation use and has presented at numerous conferences, workshops, and programs including IPMA, OMPO, NCLM and School of Government.

Valiria, also known as Vee, joined The MAPS Group in 1995 and currently serves as the Vice President. Valiria spent the majority of her career, 27 years, with the Town of Cary, retiring in 2012 as their Director of Human Resources. While there, the human resources department received several national and state awards for model programs in leadership development and employee benefits. Her career in local and state government also includes human resources roles with the City of Raleigh as well as UNC Hospitals and Alliance Behavioral Healthcare. In addition to a BA in Sociology from UNC Chapel Hill and MPA from North Carolina Central University, Valiria received her Human Resources Professional Certification from the International Public Management Association – Human Resources in 2001. She also completed UNC School of Government’s Municipal and County Administration Course and the Public Executive Leadership Academy (PELA).

In her 45 year career in human resources Pat served as HR Director for the Town of Chapel Hill, and consulted with over 150 NC local government organizations working with MAPS and with the Office of State Personnel. She serves as Secretary for THE MAPS GROUP Board of Directors.

One of the original founders of The MAPS Group, Larry has served the City of Greensboro in several capacities including Human Resources Director and Internal Projects (Technology) Manager. Larry also worked as a classification analyst with NC State University.

Larry’s work with MAPS includes collecting the data and producing the annual School of Government’s County Salary and Benefits surveys, employee surveys, pay system development and consultation – and serving as the MAPS Treasurer.

Patsy began working with The MAPS Group in 2005 after serving as the Human Resources Director for the City of Greensboro. Patsy also worked in other capacities for Greensboro including training and serving as Compensation Manager covering classification, pay and benefits. Patsy’s work with MAPS included classification and pay studies, analysis of benefits programs, training and personnel policy review and development. She is now retired from working with the group.

Susan worked with The MAPS Group from 1990 until 2014, working close to full-time many of those years. Prior to working with MAPS she  worked in several capacities in the Office of State Personnel including serving as Director of the Employee and Management Development Division, Manager of the Performance Management and Management Training Program, and an analyst in the Classification and Pay Division. She is now retired from working with the group.

One of the original founders of The MAPS Group, Lynn worked in the NC Office of State Personnel and served as a Human Resources Managing partner for Career Banding and Special Projects. She previously worked in the Classification and Pay Division.

Lynn is not currently active in The MAPS Group.

Allen has served several state agencies in a wide-range of human resources capacities including the Department of Public Instruction, Department of Community Colleges, Office of State Human Resources, Department of Health and Human Services and the NC General Assembly.

One of the original founders of The MAPS Group, Bunny served as Assistant Human Resources Director for the Town of Chapel Hill for 20 years. She moved to NC in 1981 from the State of New York where she worked in a human resources capacity for several state agencies there.

Bunny's work with MAPS is behind the scenes: she calculates implementation costs for classification and pay recommendations, develops salary schedules, calculates individualized employee benefits statements and does other analysis and spreadsheets.

Thom has over 30 years of state government experience in the field of HR, recently serving as the North Carolina State Personnel Director for the past eight years. He previously served as HR Director for the Department of Justice and also worked in the North Carolina Office of State Personnel, the Virginia Office of Human Resources and UNC-hospitals. Thom holds a CCP from WorldatWork, graduated from the PMP with excellence and was awarded the Master Human Capital Strategist designation. 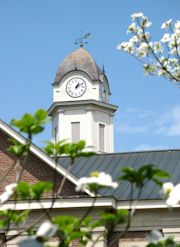